Flatfoot (also called pes planus) is a foot deformity characterised by the collapse of the arched shape of the foot and a deviation of the heel and the forefoot (valgus of the heel and abduction of the forefoot). It affects nearly 20% of the population in its asymptomatic form and remains a major reason for consulting a specialist. 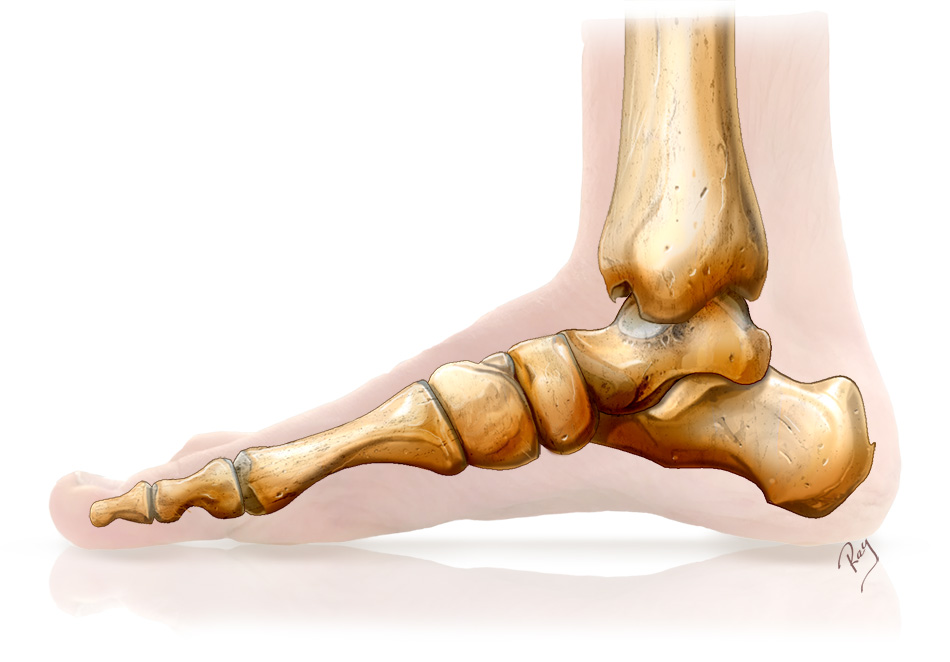 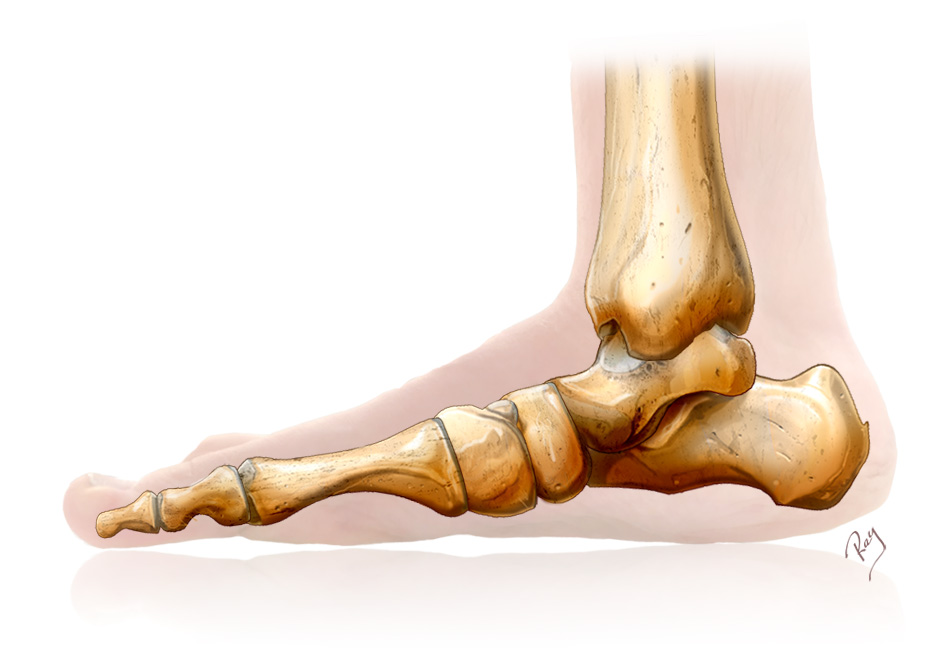 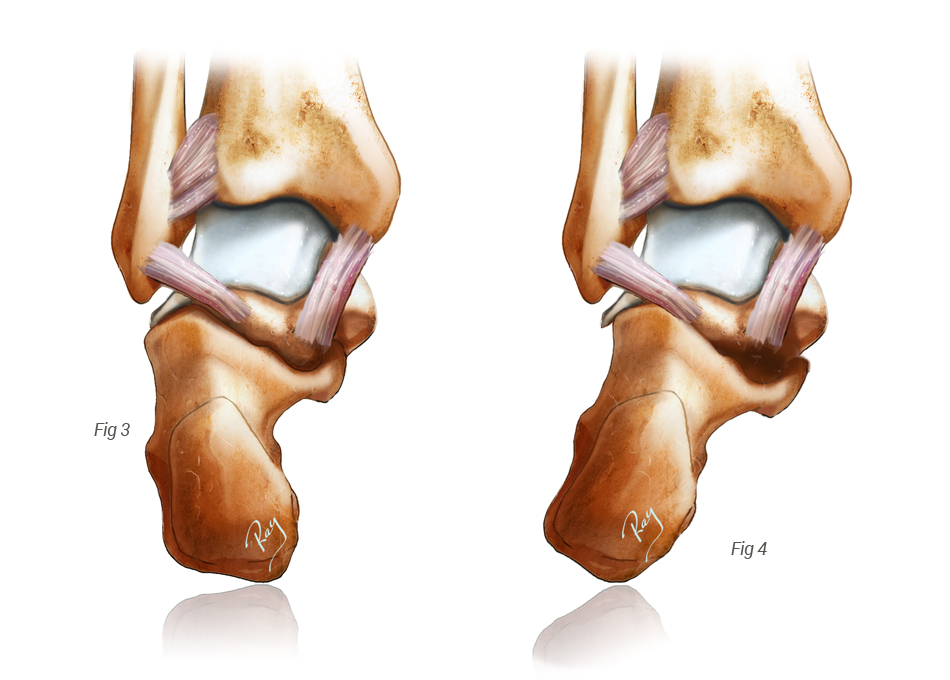 It is important to distinguish between different forms of flatfeet:

The arch of the foot is maintained by a series of anatomical structures. The first of these is a bony structure that ensures the normal alignment in the shape of an arch. Ligament structures help maintain the position of these bones and overcome the crushing effect caused by the body’ weight pressing down on the foot. Finally, several ligaments and muscle structures are actively involved in the shape of the foot. The most important is the posterior tibial tendon, which attaches itself to the middle part of the foot and maintains the plantar arch and alignment of the heel. Any injury to this tendon will cause specific pain in the inner foot and a risk of painful flatfoot.

Acquired flatfoot is a common and often poorly tolerated condition. In the early phases, pain occurs at the insertion of the posterior tibial tendon. 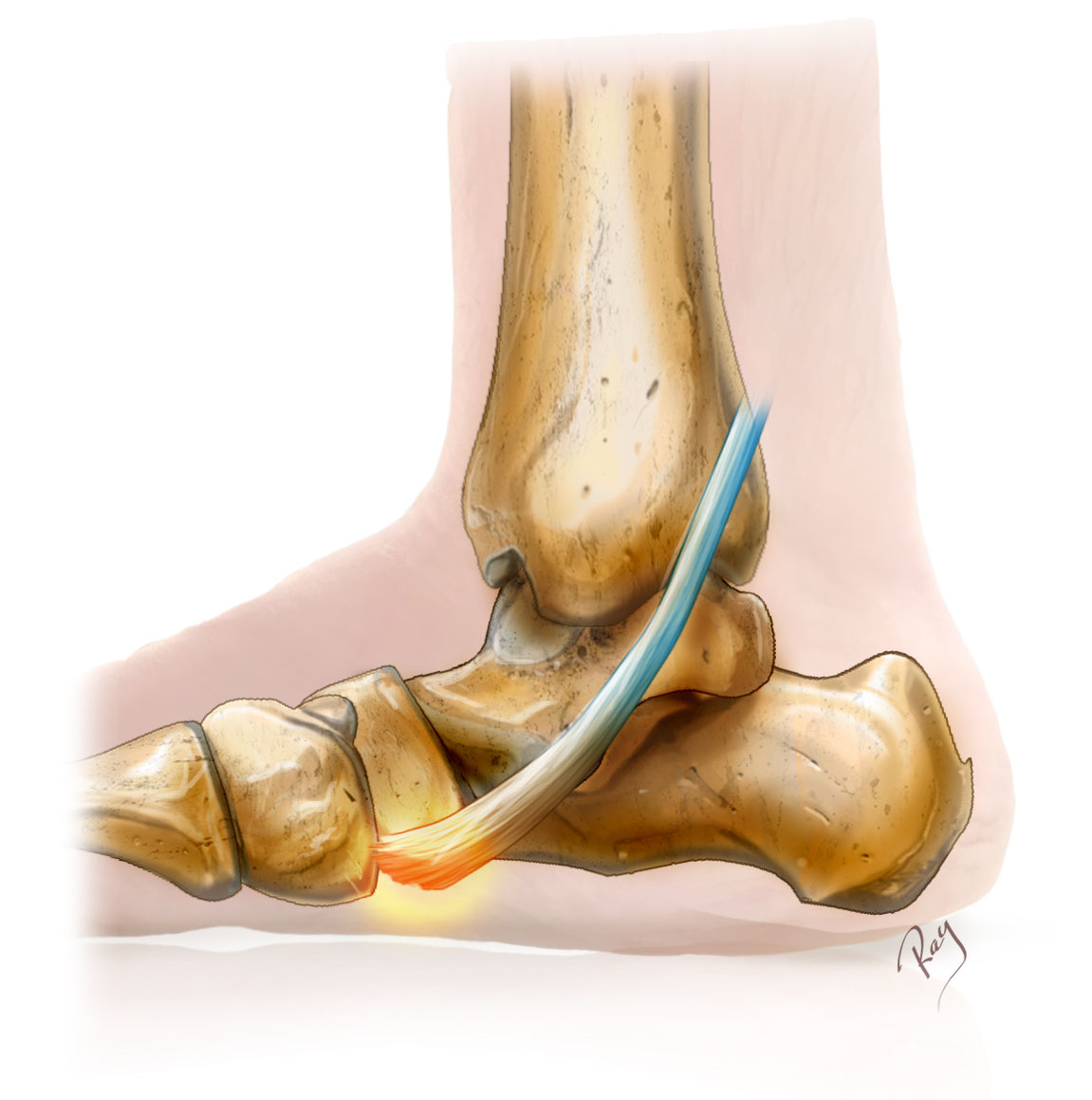 Injury to the posterior tibial tendon (tendinopathy). Observe the position of the painful insertion, on the inner and lower part of the foot.

With the progression of the condition, the tendon will lose its efficacy and sometimes even tear. When this happens it can no longer support the foot and a flatfoot will develop, which quickly becomes painful. Moreover, the heel tips outward, the foot arch collapses and the forefoot deviates outwards.

When should you consult a specialist?

Flatfoot in infants is a common reason for consulting in paediatrics. Parents are usually reassured about the natural occurrence of this type of deformity.

However, the adult-acquired form causes pain and damage, which can be permanent, and a specialist should be consulted. In fact, untreated pathological flatfoot can cause severe deformities which can sometimes be very difficult to treat or may be irreversible.

The diagnosis is made by a specific clinical examination, radiological assessment and sometimes by an ultrasound or MRI. Triggering factors should be analysed such as weight gain, diabetes, history of trauma, anatomical malformations (coalitions, etc.), some drug treatments or incorrect footwear.

Do you have any questions or would you like to see a specialist?